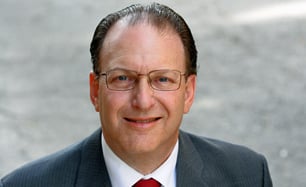 Michael M. Levin is an experienced attorney who has been in private practice as a criminal defense lawyer for over 25 years. He has conducted numerous jury trials in cases ranging from DUI to capital murder. In addition to his time in the courtroom, Mr. Levin spends countless hours reviewing evidence, performing legal research, and meeting with clients and witnesses. He has a reputation for integrity and candor — he tells clients the truth instead of telling them just what they want to hear.

Over the years, Mr. Levin has developed an extensive network of colleagues in criminal defense and other related fields. These relationships ensure that when a client needs their attorney to go that extra mile, Mr. Levin can usually make that happen. Mr. Levin knows from years of professional experience that criminal defense is all about knowledge, relationships, and insight. Whether providing pure criminal defense representation, dealing with appellate issues, or dealing with quasi-criminal litigation matters such as restraining orders and professional licenses, Michael Levin brings experience, dedication, and integrity to the table.

Jose S., a late thirties father of two young daughters, was charged with two counts of sexual battery against a ten-year-old (alleged) victim. He had no prior criminal history. Jose S. was roommates with the father of the alleged victim. One night, Jose S. came home with a friend after bar-hopping and made a lot of noise. The roommate burst out of his room and beat up Jose S.

After he threw Jose S. and his friend out of the apartment, the roommate called the police and accused Jose S. of having had inappropriate contact with his daughter.Despite Jose S. being badly bruised, the police (who immediately believed the story the rommate told) overlooked the fact he had been beaten and treated him like a deviant and a criminal. Likewise, the prosecutor’s response to the question “why don’t you prosecute [the roommate] for beating up Jose S.?” was “because he deserved it for what he did.”

Despite a psycho-sexual evaluation in which it was clear that Jose S. had no interest in little girls, the prosecutor was adamant that the only possible settlement of the case would result in life-time registration as a sex offender. It would have been bad enough to suffer a conviction for a crime he didn’t commit, but Jose S. was determined not to become subject to being a registered sex offender.

The case went to trial in Long Beach, a very conservative venue. Notwithstanding the prosecutions best efforts to paint Jose S. as some sort of a deviant, attorney Michael Levin was able to convince the jury that the roommates accusation was merely a means of taking the spotlight off himself for beating up Jose S. The jury returned a verdict of NOT GUILTY on all counts after just two and one half hours of deliberation. Jose S. was able to get back to his life as a law abiding citizen.

Sandra H., barely 21, was the designated driver for an outing with two of her closest girlfriends, whom she had known since elementary school.  Driving home on the Northbound 5 freeway in Glendale, late at night, her car went into a skid from the number one lane all the way across the freeway to the embankment, where the car stopped when it hit a tree.  All three people in the car were knocked unconscious.  When assistance arrived, they had to use the “jaws of life” to peel back the metal to extract the occupants.  As is normal, the person with the most minor injuries (and who is presumed will have the best chance of survival) is removed first and the person least likely to survive is removed last.  Sandra H. was removed last.

All three young women were hospitalized.  Sandra H. remained in a coma for quite some time.  When she came out of the coma, she found out that one of her closest friends, Jeanette M., had suddenly died as the result of brain swelling resulting from the accident.  Sandra H. was understandably distraught.  Then the district attorney’s office decided to charge Sandra H. with vehicular manslaughter, under the theory that Sandra H.’s driving must have been (somehow) responsible for the accident that led to Jeanette M.’s death.

Over a year of back-and-forth negotiations with the district attorney’s office ultimately was unable to satisfactorily resolve the matter.  Finally, the matter went to trial in Glendale, with Michael Levin as trial attorney.  The trial lasted over a week, with the prosecution contending that their “experts” had ascertained that:

Michael Levin was able to show the jury that the prosecution’s “expert” on the skid mark had not performed the necessary calculations correctly, and therefore couldn’t prove that the car was speeding.  He was able to prove that Sandra H. had not consumed any drugs or alcohol.  Mr. Levin was also able to completely discredit the prosecution’s claim that they had ruled out mechanical failure when he got the expert to admit that he had only checked for hydraulic leaks (and nothing else) before concluding the steering and brakes were functional.

Following a brief deliberation, the jury not only returned a unanimous verdict of NOT GUILTY, several of the jurors made a point of telling Sandra H. that it could have happened to any one of them and that she should not hold herself responsible for her friend’s tragedy.

Randy J., a 48 year old ex-convict, was accused of various sex acts with high school girls, as well as contributing to the delinquency of a minor. The prosecutor described Randy J. as a “sexual predator” and highlighted Randy J.’s extensive criminal history (including two terms in state prison) as proof that he was a deviant and the jury should find him guilty. The case was set in Burbank, a conservative venue. The prosecutor would settle for nothing less than life-time registration as a sex offender and jail. Despite all efforts to settle the case, no accommodation could be reached and the case went to trial.

The prosecution called a number of high-school students as witnesses. Their testimony conclusively proved that Randy J. associated with the group of high-schoolers, that he had on at least one occasion purchased alcoholic beverages at their request for a party, and that he was both present at and highly intoxicated at that party. But was he involved in inappropriate sexual conduct with the minors, or was his lack of judgment limited to purchasing their alcohol and attending?

After a bitterly contested trial, the only count on which Randy J. was convicted was for furnishing the alcoholic beverages. The jury acquitted Randy J. on the contributing to the delinquency of a minor charge and deadlocked on the sex charges (which the court then dismissed). He was not required to register as a sex offender and was not subject to the humiliation of such a conviction.

Two witnesses gave a license plate number of the white pickup truck they saw the robber escape in. The license plate matched Adrian’s white pickup truck. When they were shown a photo lineup, the first witness selected a different person but commented that it “might be” Adrian as well. Several days later, the second witness was shown a completely different photo lineup (the only common picture was that of Adrian’s). The witness picked out Adrian as the robber.

During the trial, the witnesses were asked whether the robber had any difficulty walking (and whether he was on crutches). Both witnesses answered “no”. We presented evidence that Adrian’s front license plate had been stolen, that Adrian was incapacitated at the time of the robbery and despite the seemingly compelling weight of the license plate and the solid eyewitness identification, the jury found Adrian Not Guilty.

If you have been charged with a federal crime in North Hollywood, Burbank, Los Angeles County, or Southern California, do not wait! Talk to an experienced criminal defense attorney today by calling Wegman & Levin, Attorneys at Law at (818) 600-6749 to schedule a free initial consultation for your case.