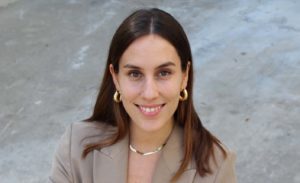 Our associate, Liv Donnadieu, grew up in Paris and was educated at the Sorbonne University. For five years, she intensively studied capital market law while interning in that field before receiving a scholarship from UCLA Law School to continue her studies. Liv’s knowledge of corporate and capital market law has informed her ability to defend clients facing charges for white-collar crimes at both the state and federal level. Upon graduation from UCLA law school, Liv passed the New York State bar exam, then passed the California bar exam one year later.

Prior to working with Wegman & Levin, Liv worked as a law clerk for several criminal defense attorneys within the Los Angeles County area. This experience kindled her interest in criminal defense. Ultimately, she made the decision to leave the corporate world and joined Wegman & Levin as a full-time criminal defense attorney. Since then, Liv has conducted numerous hearings, researched and argued complex legal issues, and co-chaired an eight-week trial. She remains committed to criminal justice reforms, strongly advocates for the mentally ill, and strives to achieve justice for all people.

Robert had two cases pending in San Fernando, one which was a vehicle theft case and the other, much more serious case, which included charges of kidnapping, criminal threats, dissuading a witness, and conspiracy to commit a home invasion robbery.

To further complicate things, we were retained after a previous lawyer had the case for nearly a year and had negotiated his best outcome for Robert- 11 years in state prison at 85%. Just before we replaced the prior lawyer, that offer was withdrawn and replaced with an 18 year-offer. His previous lawyer strongly pressured Robert to accept the proposed deal. That’s when Robert decided to hire us.

We substituted in and immediately filed a motion to dismiss most of the charges based upon the evidence presented at the preliminary hearing. The San Fernando District Attorney’s office, well known for being extremely inflexible, immediately began negotiations with us and we ultimately achieved a plea agreement resolving both cases where Robert served under 2 years.

Jesse who was facing over 10 years in the state prison at 85%, had also confessed to the offense after a pointed and exhaustive interrogation. Upon reviewing the recordings of the interrogation, I immediately filed a motion to exclude the confession on grounds that the confession was coerced and obtained in violation of Miranda.

Upon receiving the motion, the Van Nuys District Attorney’s Office rapidly opened the negotiations, ultimately agreeing to a probationary sentence (with the dismissal of the kidnapping charge). At the sentencing hearing, the judge informed Jesse in open court of the outstanding reduced disposition he received.

Daniel, a 29-year old client was charged in the Downtown Criminal Courts Building with DUI 2nd Degree Murder (“Watson Murder”) after colliding into and killing a bicyclist on his way back from a college football game. Daniel had been drinking prior to the incident, and a witness claimed he was evading a prior hit and run causing damage to her car when he struck the bicyclist.

Watson murder is most often charged against defendants who have prior DUI convictions. The reason for this is that it is easier for the prosecution to prove that the driver knew that his or her intoxicated driving was dangerous to human life. Here, because Daniel had no prior DUI conviction, the Downtown District Attorney’s Office argued that Daniel knew that his driving could cause the death of another person because he had already been involved in a hit and run minutes before the fatal collision.

If you are currently facing criminal charges in Hollywood, Burbank, Los Angeles County, or Southern California, call Wegman & Levin at (818) 641-5310 right away to schedule a free consultation with a knowledgeable and effective criminal defense attorney.